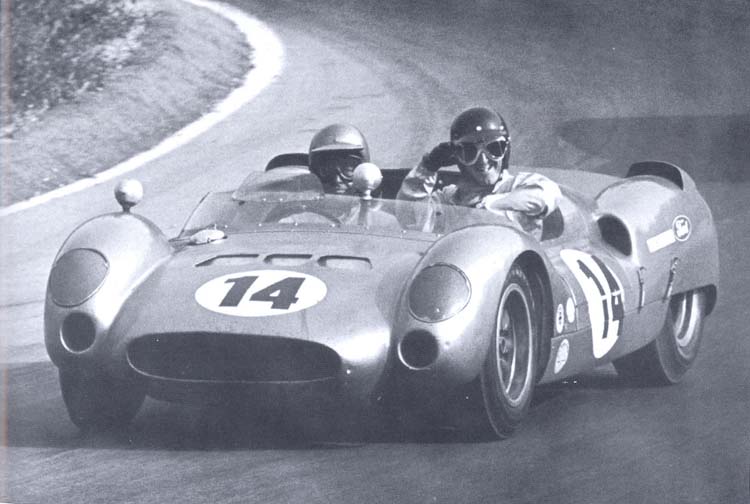 Here is a picture of the chassis. 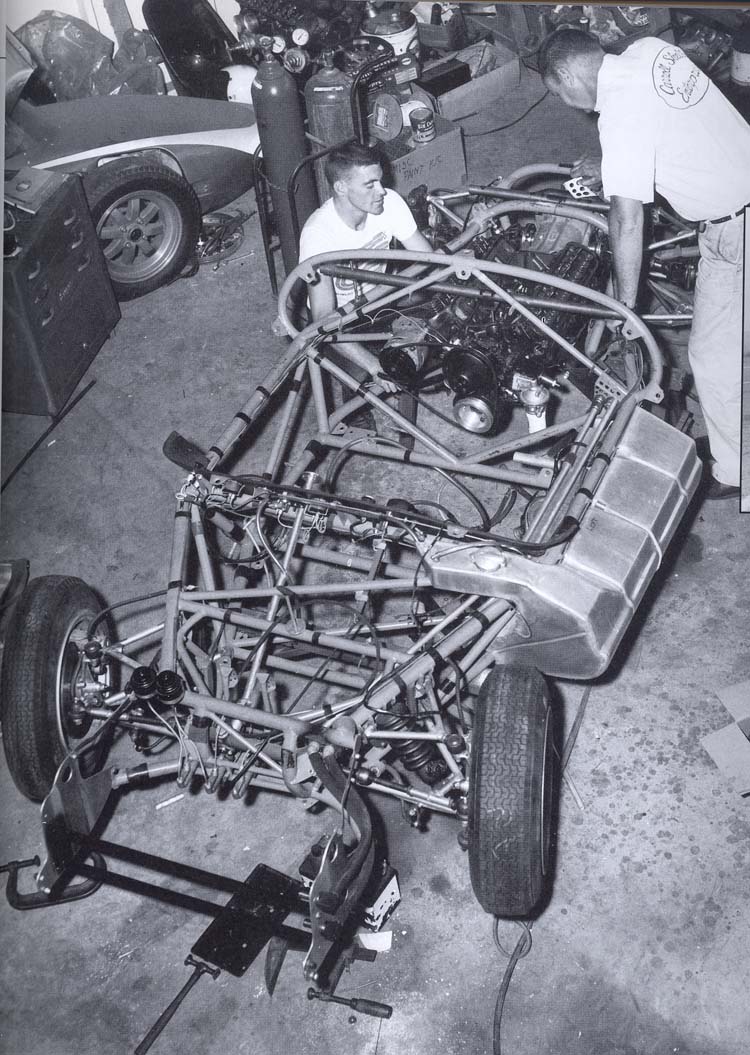 A little history... In 1963 Dave MacDonald convinced Shelby they should build a modified sports racing car.  They ended up buying Cooper Monaco's and fitted them with their tried and true 289 and BMC-Huffaker transaxles.  At only 1400 pounds the little cars cleaned up even from their first outings.  There ended up being 8 King Cobras built, a few (maybe 4) are still used in vintage racing today.  I am really kicking myself because there were 2 at the 2003 Monterey Historics that I attended and I completely missed them.  I just didn't know well enough what I was looking for out there, and was in a bit of a GT-40 frenzy.

The really fascinating thing about researching these cars through pictures is seeing how they were modified between races.  Here are a few examples: 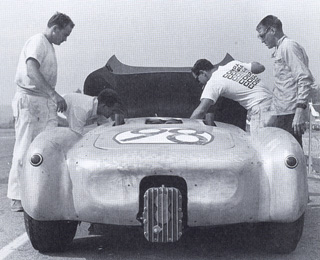 This is from the Kent, Washington race in September of 1963.  Note the "zoomie" individual exhaust stacks and the body cut out for the transmission. 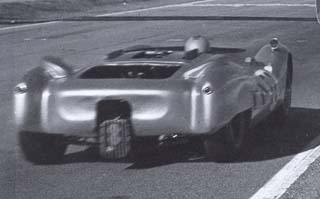 What probably is the same car (Dave's) in October 1963 at Riverside.  Note the engine and transmission have been lowered a few inches in the chassis.  Also note the addition of right angle ducts on top of the rear fenders. 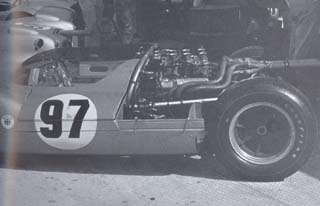 By December 1963 in Nassau they had received a 180 degree tuned exhaust like the GT-40s had and the ducts on top of the rear fenders were straight. 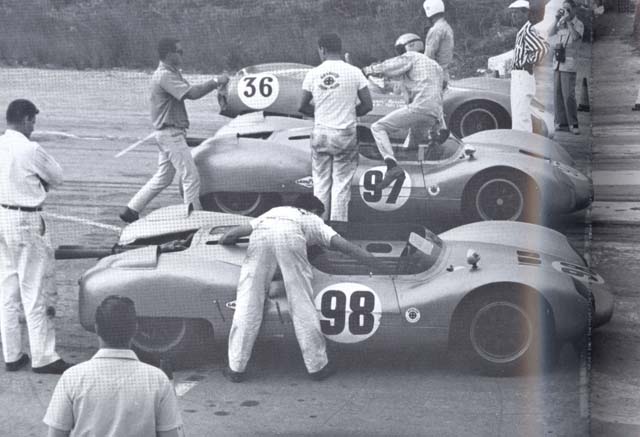 Another shot from Texas 1963 (not sure what month) showing the cars similar to what was run at Nassau.  I like how the mechanic is reaching in the former exhaust hole to work the throttle.  Also shown at the top is a Penske Chevrolet Cooper that later won this race.

By 1964 the King Cobras had grown a longer nose and a rear spoiler.  In my opinion much less esthetically appealing.   Here is a car collector brochure I bought off ebay showing the later car in some detail.

Finally... Isn't this a pretty car? 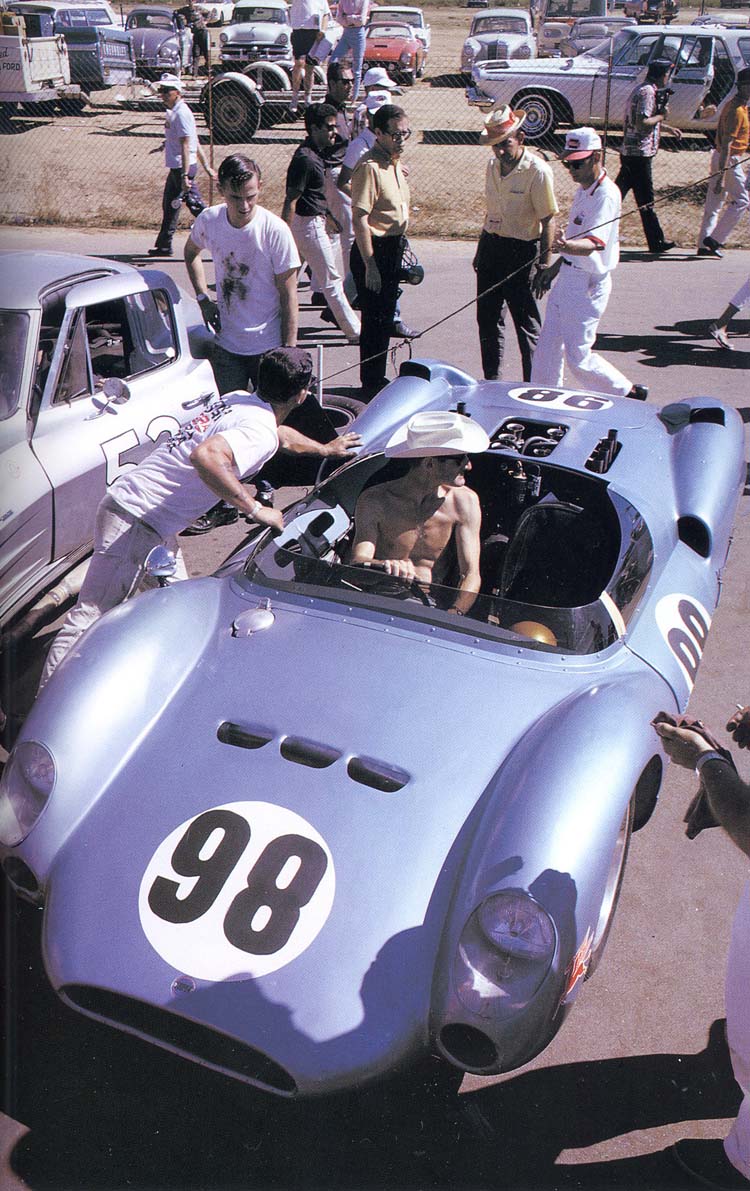 I've actually been making some progress on this project from a research standpoint. 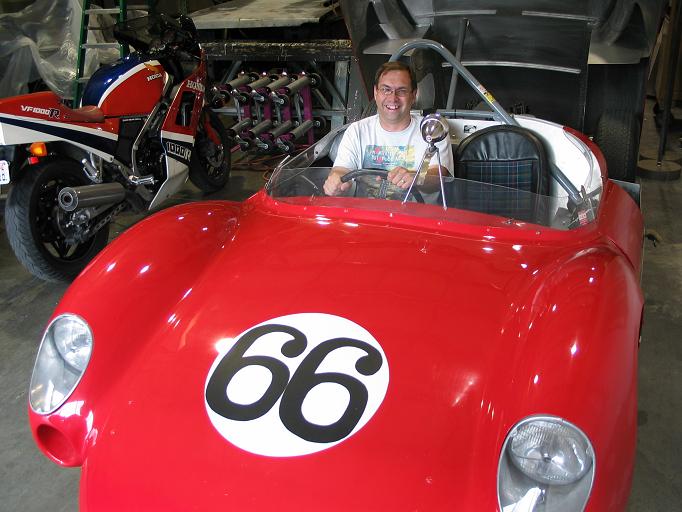 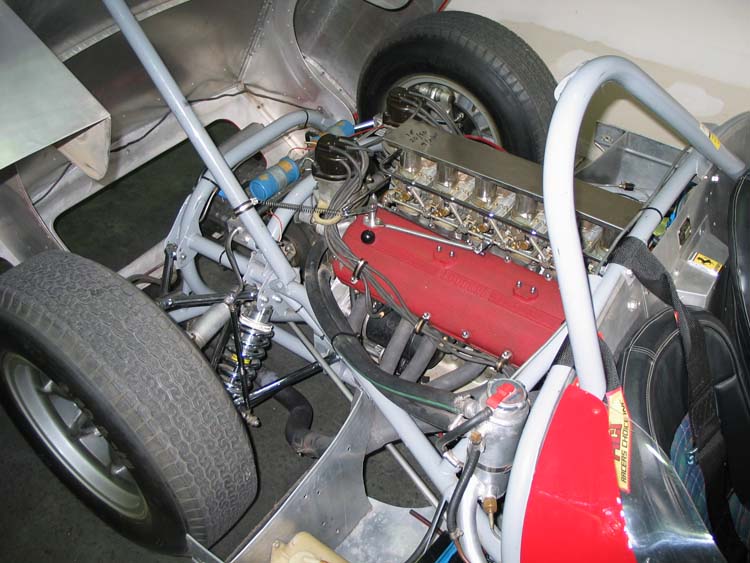 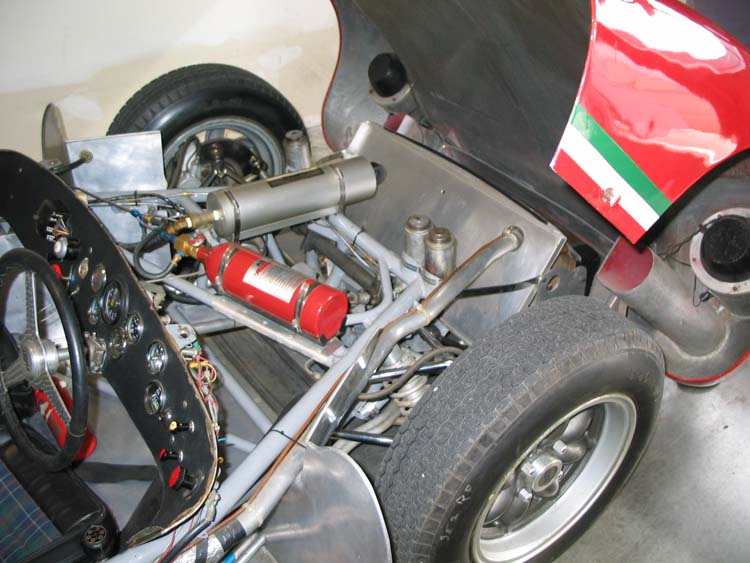 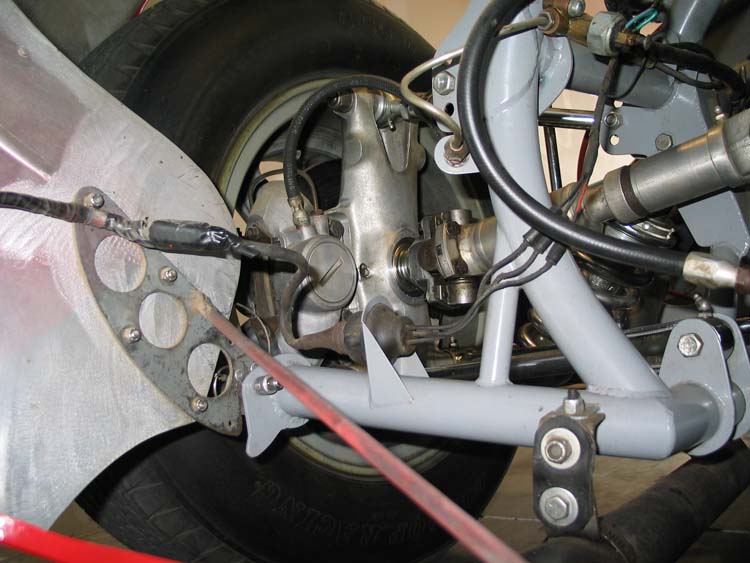 Not much progress this week.   I did make an interesting contact, there are some folks here in town who are building a Scarab replica in much the same manner I will be working on the King Cobra.  They seem like great folks who can give me a lot of pointers.  I plan to visit them next weekend.   Their website is at www.Scarab-Motorsports.com

Also a good friend sent me a couple of great videos that show the king cobras racing at riverside in '63 and '64.  Here is a great clip showing Dave MacDonald's great driving style. 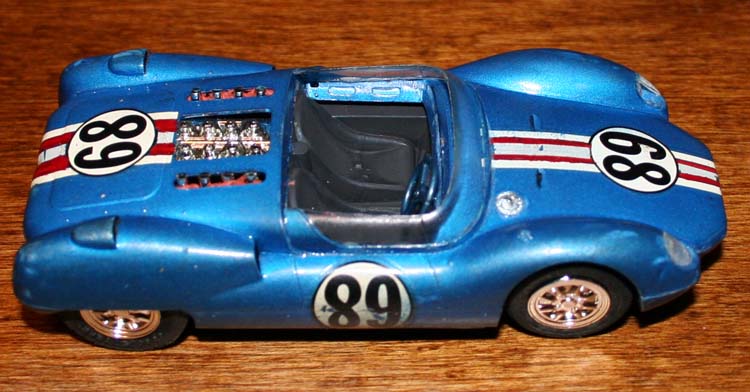 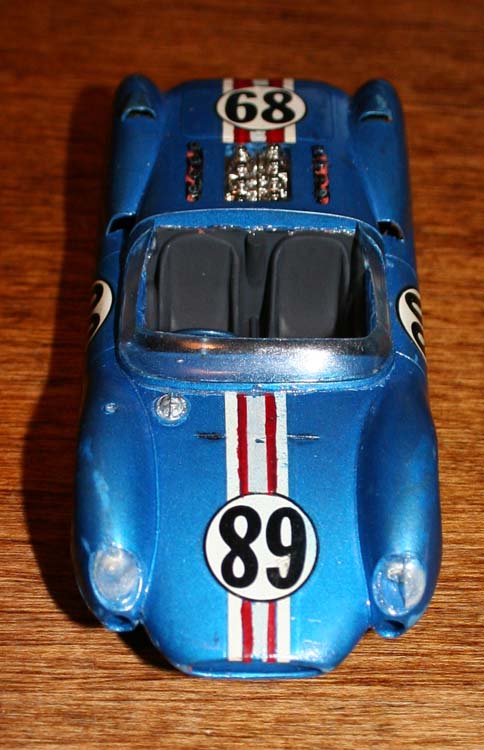 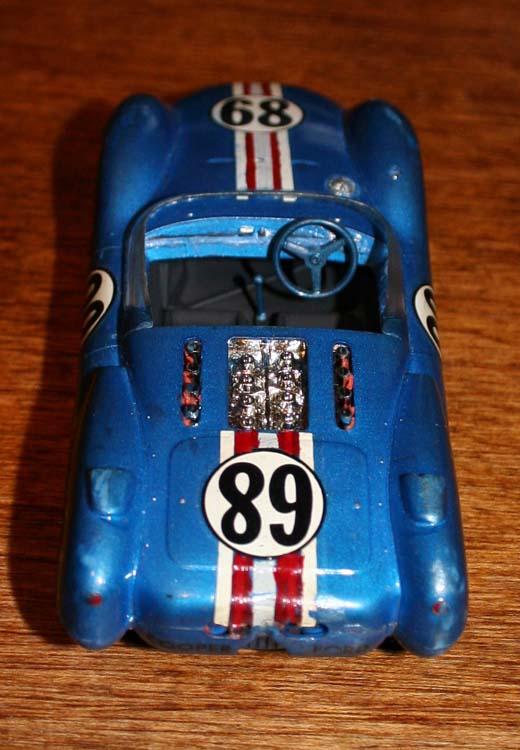 This project has taken a slight detour while I write a book about the Cooper Monaco based Shelby King Cobras and the people who worked on, drove, and influenced them.    It just seems like it's the right time for a book about these interesting cars and people, and the right time for me to make the contacts and use the research I've done so far.    I do still want to scratch build one of these cars someday, but for the moment I think I will be focusing on the book.  But stay tuned, I will be sharing some of the progress on the book research here too, and I think it will be very interesting.

I've set myself a goal for the book of finding as many of the original Cooper Monaco Type 61M cars as I can.   I had a bit of a breakthrough regarding the two Comstock Racing cars in Canada.    CM 5/63 and CM 6/63 were ordered through Shelby but shipped directly to Comstock in Toronto.  By most reports both cars were wrecked beyond repair and buried during the '64 season.   But with some pictures provided by the members of the Canadian Motor Sport History Group I think I can prove that one of the cars survived and was raced by Nat Adams in '66. 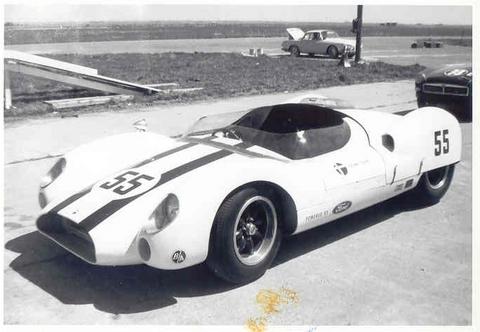 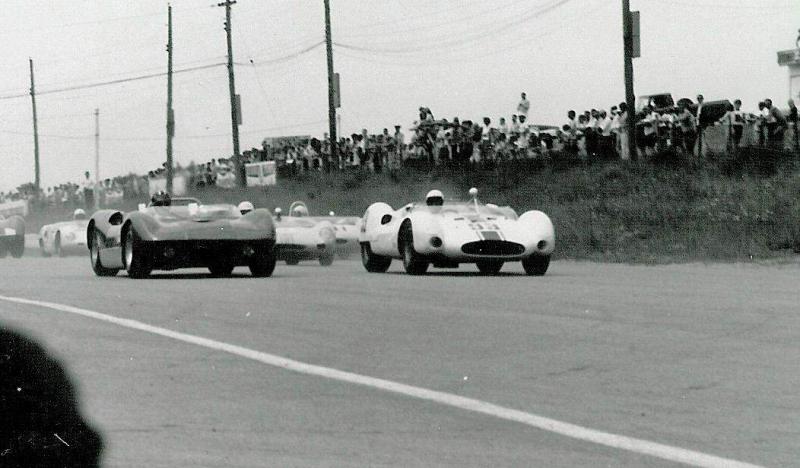 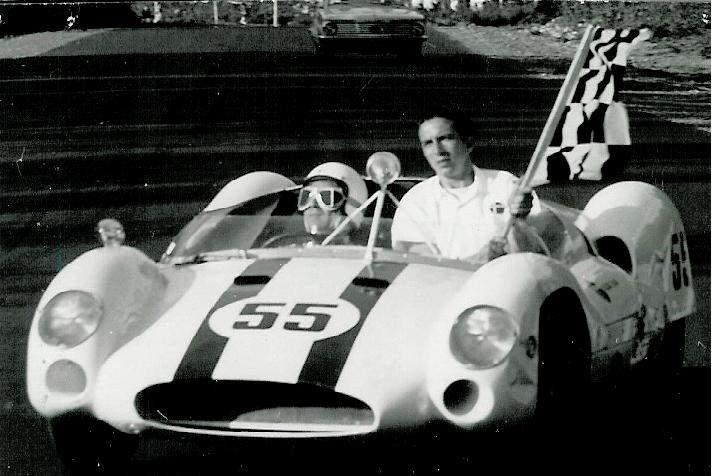 Now this picture of Nat Adams car taken in '66.   I think you'll agree it's most likely the same car.  Pretty cool huh? 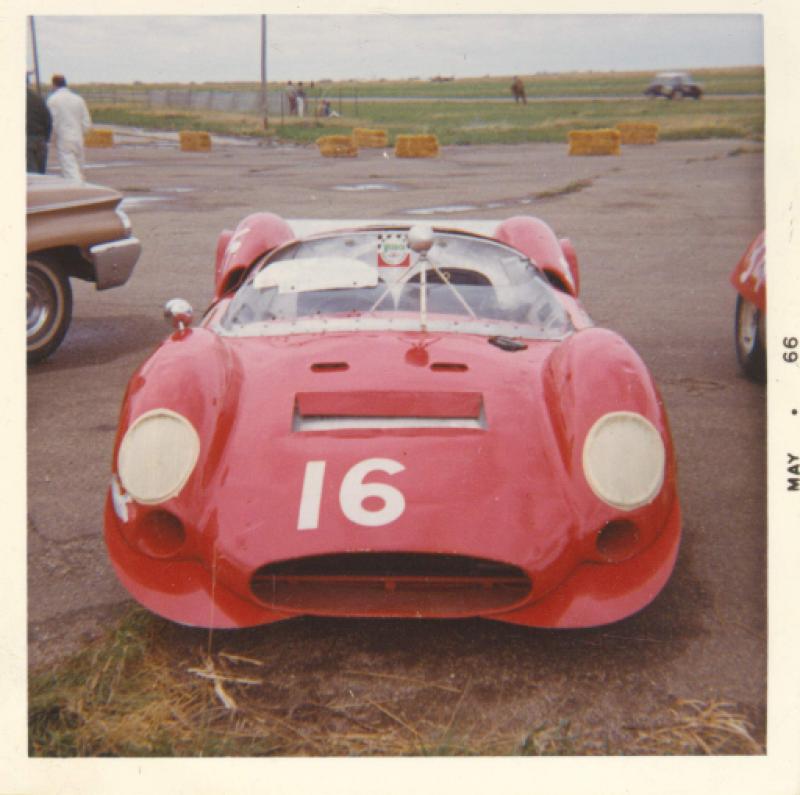 Just a couple of updates to add.   First of all Vince Howlett from the Canadian Motorsport History Group found a quote confirming the Nat Adams car was one of the Comstock cars.

The May 1966 Canadian Motoring Scene had a report on the May 6-7 Great Lakes Trophy Race at Harewood Acres. It says:

Thank you Vince, we were all pretty sure that was the case but it's great to get independent confirmation.

Program Cover From May 6-7 Harewood Race

Jerry Baker provided some great new pictures from the Greenwood USRRC race July 19th, 1964.  It's very interesting that both of the '63 cars were there that day.  Ed Leslie was driving CM/3/63 (#96) for the Shelby team and won the race.  Charles Cox was also there with CM/1/63 which he purchased in May of '64.  Charles turned fastest lap of the day in CM/1/63 at 92 mph and finished 3rd. 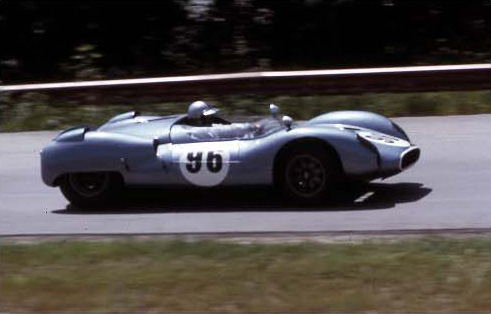 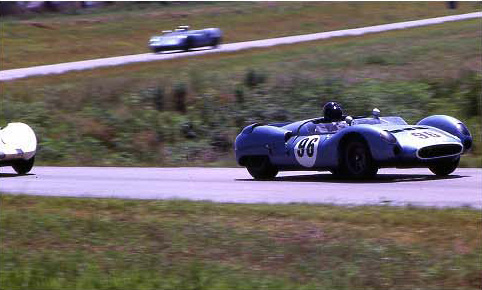 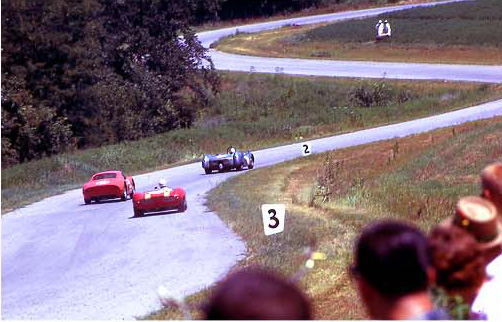